Hardening Servers for Availability and Security 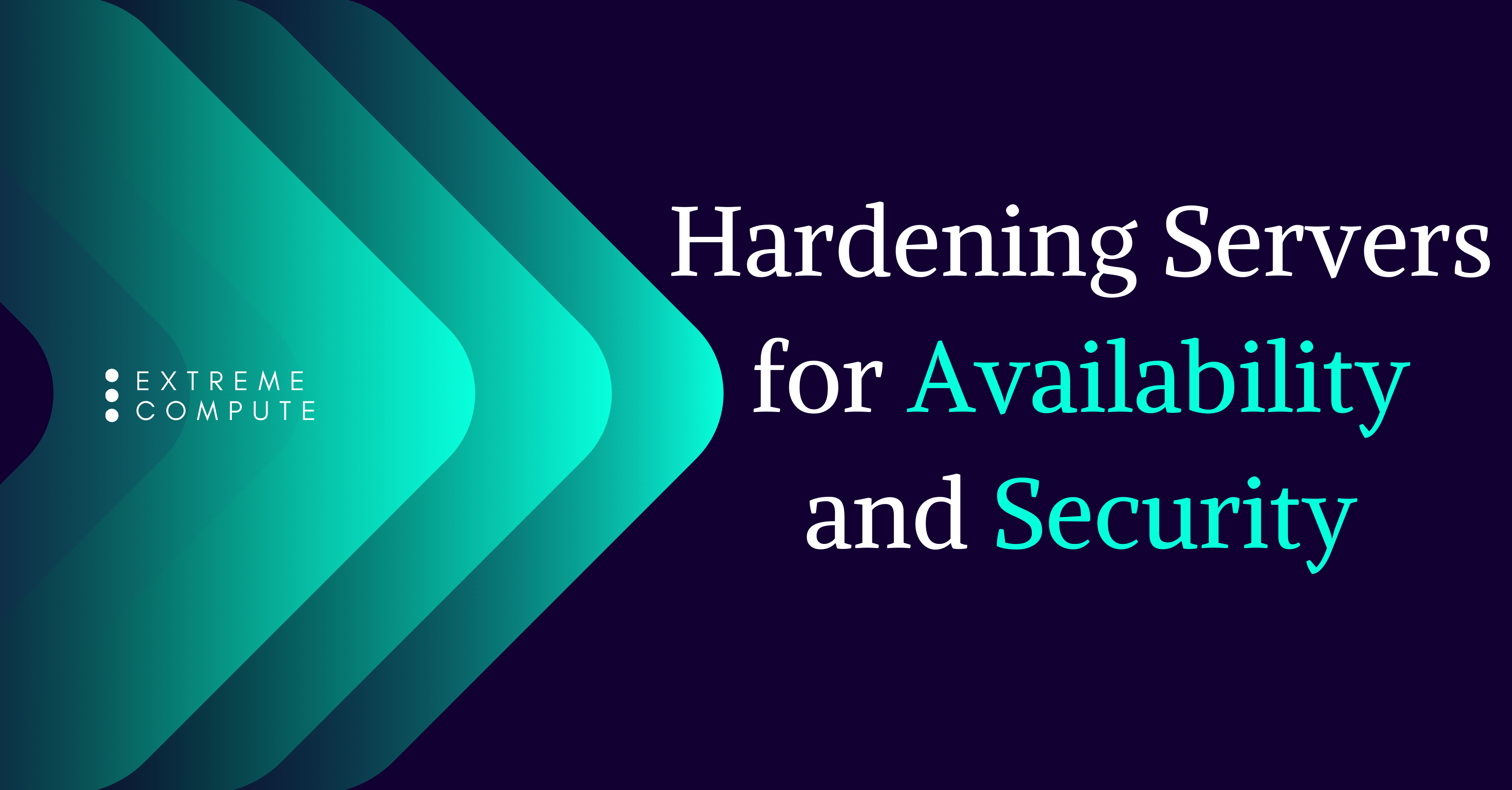 Server hardening is a never ending process. It pays to think about security from the moment the computer is unpacked (or created in a virtual environment). But server hardening can do more. It will improve performance and keep your system online.

Overview
Without getting too technical, this essay will cover the basics of server hardening. Online resources abound with how-to guides for various server hardware, operating systems, and software. We couldn’t possibly list them all. There may be minor differences in Linux solutions or command syntax over time and methods vary by platform. Let us first define server hardening. Hardening is the process of safeguarding a system by decreasing its surface of vulnerability, the emphasis is on safety.

“The goal of system hardening is to eliminate as many security vulnerabilities as possible,” explains Tech Terms. To do this, uninstall all non-essential applications and tools from the computer.” But it goes deeper than that. In reality, server hardening should be a continuous process with several activities. Some say a restrictive definition is unfair.

Security and availability:
Do server hardening practices impact uptime or availability?  You can decrease the attack surface by deactivating superfluous services or processes (effectively open doors and windows, for lack of a better analogy). With a tiny attack surface area, the device’s vulnerability list is greatly reduced. This essentially eliminates a significant number of attack methods.

Also, server hardening can help streamline your server to help minimise crashes due to resource waste or superfluous operations. The issue was created by a superfluous or undesired process devouring resources, as every seasoned IT worker knows. While newer systems are far more capable, doing too much on one device can easily lead to resource overload and system failure.

Factory preparation is not adequate. Their focus is on usability. To be secure and wise, you should prepare your new server before putting it on a live network.

Strong Mindset
Take a look at some of the terms used to describe IT security products to get an idea. Defender. IDS. Firewalls. Antivirus. Post-disaster IT forensics. The IT industry has a whole division dedicated to infrastructure security. And rightly so.

Hackers are always seeking new ways to access your data. It could be for several causes. Curious and daring kids may be testing their limits. Greedy burglars are on the prowl for unsecured systems. Competitors seek an edge. The world’s bad guys are poised to cause havoc.

So be ready. It’s too late to wait for a security breach. Securing your server should start early. And it should be lean. Keep it simple. You may regret not protecting your data from the outset. Be proactive. Build a safe and robust server fortress to increase your chances of success.

Principles
So, what does it take to fortify your security and performance defences? Need a plan? Many systems administrators create a server hardening checklist. You may wish to hurry through and note down any possible server hardening steps. But first, consider some basic activity list principles.

1. Start with security.
According to Extreme Compute, “until the operating system is hardened, new machines should be installed on an isolated network.” When connected to an untrusted network, your server is vulnerable.

Consider what actions should be taken before going online when constructing your checklist. Do you dare to connect a server to the internet without first configuring a firewall or an antivirus? Is it safe to use telnet online? Sure, your server may not have vital data yet. That doesn’t mean hackers won’t try to get in.

2. Keep it basic.
Computers can do many things. They can also multitask well. Your IT architecture no longer requires discrete machines for every task. You may be able to install a hypervisor, so your apps and services run on separate servers. But just because you have a strong system with cutting-edge technology doesn’t mean you should abuse it. That’s okay for your home computer, but a server’s functions should be kept slim.

This is for two reasons. First, the more programmes and services you have operating on your server, the more likely a hacker can uncover a backdoor. You may have faith in the sellers of your server’s programmes. But there’s no guarantee that your system software won’t have a flaw. So, use VMs to isolate as much as possible. A lean method is also easier on the machine’s resources. The fewer processes operating on your server, the more likely it is to stay healthy.

3. Restriction
Giving users only the rights they need to complete their jobs is an example of least privilege. It’s ludicrous to make everyone an administrator. It’s like classified intelligence where access is allowed based on need. Before granting access to server files or services, users must have a valid reason.

Develop a strong password security policy. For example, it would be helpful to have a documented business policy specifying who should be permitted access to specific applications or devices as well as how passwords should be generated, kept, complexed, and changed.

Check Lists
Let’s point out some existing lists and remark on them. The elements on list aren’t limited to Linux servers. Begin by protecting the BIOS. Before doing anything with the OS, lock down the BIOS. Modify the BIOS password. Then deactivate external device booting.

Encryption improves system security. You can apply hard disc encryption when creating partitions. Freeware encryption tools like Veracrypt and CipherShed help secure existing systems. Advises disabling USB on your server. It’s logical. While your server may be physically safe, someone with physical access to it may try to connect it via USB. Even if USB booting isn’t possible, who knows what a USB gadget can achieve. It’s safer to disable USB altogether.

Extreme Compute has useful server hardening advice. The base install should be a trusted source and hardening servers require a trusted network. The basic installation should include all current service packs and updates. After installation, update servers.

Disable DHCP if your system won’t be a DHCP server. They claim it “reduces the assault surface”. It also helps you prevent crashes and disputes. You’ll also need to close unused ports. This can be done manually or with software. A hardware firewall iptables works on Linux. But you need to regulate the traffic to keep the scum out. There are 65,535 ports, but depending on your server’s purpose, you’ll only need a few.

These are just a few ideas. Putting it all together is a good idea. You must cover all bases. And you may use it to harden a server. Consider incorporating the checklist into a bigger change control process.

Continuous process:
Hardening a server isn’t merely a setup. Throughout its existence, you will need to safeguard and develop your machine. That includes the operating system and any installed programmes. Keep your antivirus definitions up-to-date and aware of new dangers.

But, to be clear, server hardening is about both security and performance. Overloading the system or running unnecessary processes or services doesn’t help. Keep it simple.

Conclusion
Computers are just tools. They must be cared for and not abused. Limiting vulnerabilities and streamlining services will make your server and you happier. If you don’t harden your server today, you might regret it later.