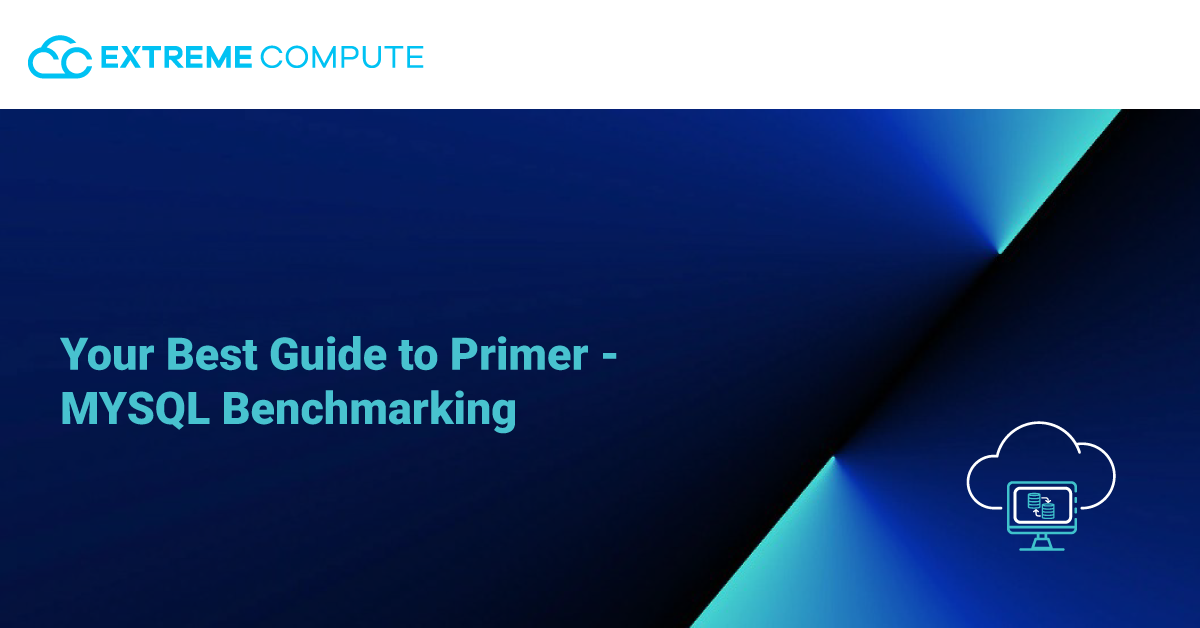 MySQL Benchmarking is a useful branch for optimizing database efficiency. This article expects readers to have a fundamental understanding of relational database structures such as MySQL and Linux’s organizational use. So why should server administrators on their MySQL systems run benchmark tests? The answer is simply to see if the designed system can withstand stress in a simulated real-time environment and meet performance goals.

It is important to understand what benchmarking is before delving into the specifics of MySQL benchmarking processes? Benchmarking is, in a nutshell,’ the act of running a computer program or operations to determine the relative performance of an object, typically by running a number of standard tests and trails against it.’

There are CPU benchmarks that measure hardware and computing power while more theoretical components are measured by computer benchmarks. In our case, benchmarking of the database management system is a good example of benchmarking technology. The aim of this form of benchmarking is to test the Database Management systems ‘ throughput and response times. A score is the final result of a standardized test. The score is used for calculation of reference.

The distinction between benchmarking and stress testing is generally not understood by server administrators. Typically this is understandable as both of these concepts entail similar goals, i.e. measuring the ability of a server. There’s a key distinction, though. Benchmarking results in the form of numbers that can change with each benchmark check and configuration of the server / system. It demonstrates whether the tweak failed or succeeded to the database administrator. On the other hand, stress testing is pushing the system to the extreme edge to reach the limits of the system.

As our article focuses on MySQL benchmarking and not stress testing, there will be no discussion of the latter. So, what are the performance factors to take into account when running benchmark tests on a MySQL server by a database administrator. The response is: efficiency, latency and scalability. When combined, these three factors are the overall performance of the MySQL server.

In order to test the process, it is worth running benchmark tests on a MySQL database after considering the above quality factors. Benchmarking is a great method for quality assessment. So how about benchmarking for MySQL? Some rules are pointed out below in order to achieve proper results.

To run benchmark tests on the design page of MySQL: MySQL has information on the use of existing benchmarking techniques integrated into MySQL. The benchmark function is one such useful tool.

As explained by the development team of MySQL, the BENCHMARK function is used to determine how fast MySQL processes the expression supplied. Within the MySQL client, it can be used. The function is in more detail as shown below.

BENCHMARK (count, expr): BENCHMARK) (executes repeated count times of the expression expr. The value of the result is always 0. Time in seconds is the most important number from the benchmark test. Some tricks are involved in getting the right results for the BENCHMARK) (function. These are shown below.

Example: The guys at MySQL themselves recommend using a popular benchmarking tool called SysBench (built by an employee of MySQL). SysBench is a detailed method for benchmarking CPU, file IO and MySQL quality by database administrators.

We are now going to look at SysBench’s CPU and MySQL performance benchmarking.

CPU Performance: The command starts a process and many numbers are produced. The most significant number, however, is the total time (in seconds). This is the time it takes for the computing parameter being tested to be calculated. Comparing the benchmarks across multiple systems is vital in order to know the value of the number.

You can use MySQL Quality SysBench to measure the performance of MySQL. To do this, a sample table with 1,000,000 rows of information could be generated. After the results of the benchmark are shown, the most important thing to look for is in the column of the transaction. This value represents the number of transactions per second. While there may be a dozen more forms of MySQL quality benchmark tests, the above knowledge is appropriate for a primer.

In conclusion, it can be clearly stated that for each and every organization, MySQL performance benchmarking varies. This is due to the different expectations, time frames and priorities. Furthermore, irrespective of this, benchmark testing on MySQL systems is important when the technology itself is essential to the business ‘ day-to-day activity.